In English we will be using our topic of Deadly 60 to write non-chronological reports. We will be studying a range of reports and looking at the features of them and applying them to our own writing. Children will look at different layouts and how reports are presented. Children will then use their writing as part of a multi-media presentation of their chosen deadly 60 animal. We will also be looking at descriptive writing which will involve some outdoor learning giving children the opportunity to use their senses and include these in their writing to make it more interesting and descriptive. Children will focus on descriptive language such as expanded noun phrases, metaphors, similes and adverbs as well as thinking about creating an atmosphere by selecting appropriate language. I can’t wait to see the outstanding pieces of writing that the children are going to produce!

R2L Alice and her thoughts

Take a look at some of our fantastic descriptions. We have used Ted Hughes' style in our writing. 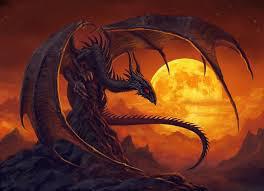 One stormy night there was a dark shadow in the sky and it was getting closer, Closer and CLOSER. Then a gigantic beast  landed. Why is he here? Nobody knows.  His wings are as hairy as a gorilla’s back. His claws pierce the Earth. His eyes burn red and are as big as Switzerland. His wings gracefully open in  the night sky and casts a shadow. As he glides through the sky, the wind sings. He is fierce and sly. The beast is enormous and solid and when he moves he causes a Tsunami. His teeth are daggers piercing the Earth.

A terribly, terrific, scaly, mysterious thing crashed on Australia. What is it? Nobody knows. Where has it come from? Nobody knows. He is as colossal as a mountain and as scary as a tarantula. His shiny scales blinded the people of the Earth and his fangs are as sharp as a knife. When he talks it sounds like soldiers marching, when he moves his body it causes a tsunami.

A terribly colossal space-bat-angel-dragon landed on Australia. It is as black as the dark night sky with piercing eyes as big as Switzerland. His feet slap like thunder and he flies gracefully through the night sky.  What is this creature? Nobody knows. Where did he come from? Nobody knows.  This creature is as fierce as a lion. When he talks it’s as loud as a crack of lightning and when he moves it rumbles like thunder. He is angry, greedy and demanding.

One starry motionless night an intergalactic space-angel-bat-dragon landed in Australia. His fangs were daggers piercing the earth. Why has it come? Nobody knows. It was an indigent beast . It concealed itself into the dense air. Where had it gone? Nobody knows. He was gliding, gliding in utter darkness. He had round eyes and a fearful face.  His scales are sand paper scratching anything in the its way. He is colossal and is as hairy as big foot. This treacherous, mean beast was no ordinary beast.

A terribly gigantic space-bat-angel-dragon landed on Australia. He stealthily sucked up a train line like spaghetti. His fangs are daggers piercing the earth. He can eat diamonds, chomp, CRUNCH! He broke through the diamonds. Through the night he superstitiously prowls around, thump, THump, THUMP and he eats some trees crunch, CRUnch, CRUNCH! As he flies the wind whistles through the night sky.  He is as destructive as a demon.  His eyes burn red and he is as evil as evil itself.

The Children did some amazing drama today summarising the first two chapters of Iron Man. They have also started to think about how the characters are feeling in the story. We had some thoughtful questions and answers in character hot seating! 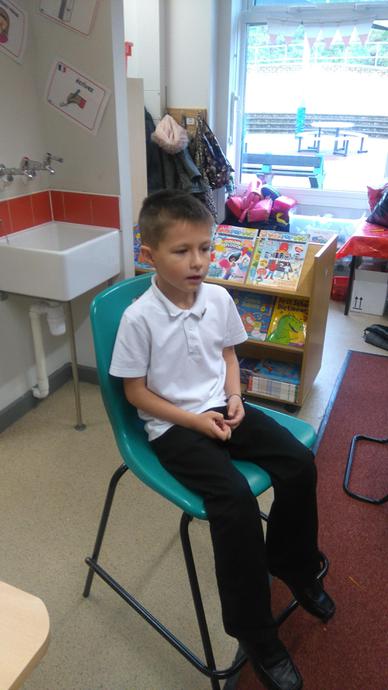 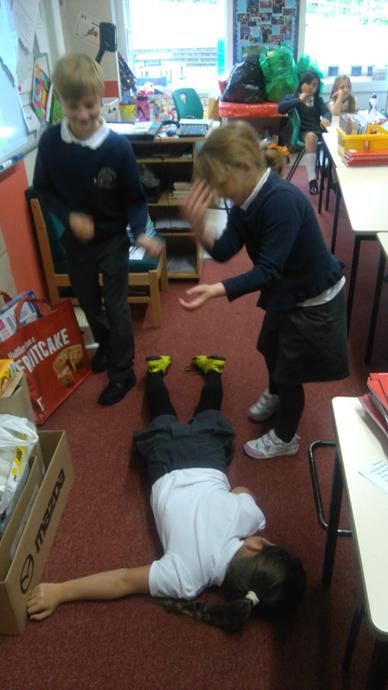 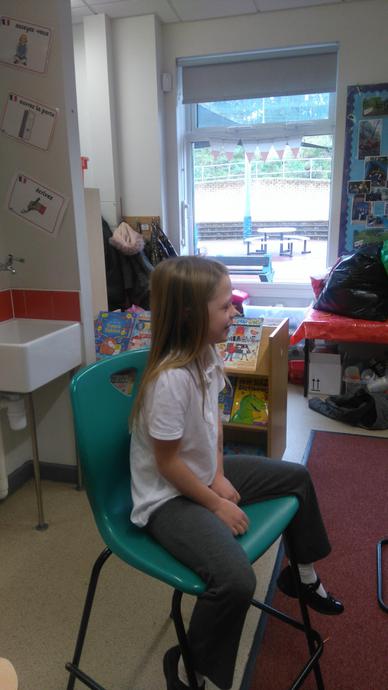 Children used the description from the story to draw what they think the Iron Man looks like. What a great start... 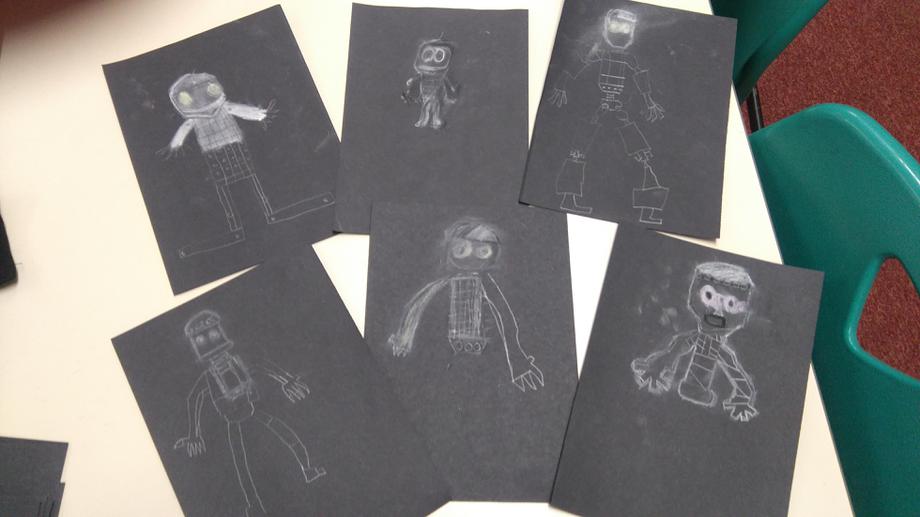 The Children made some fantastic predictions looking at the front cover. They also discussed how effective the blurb was. 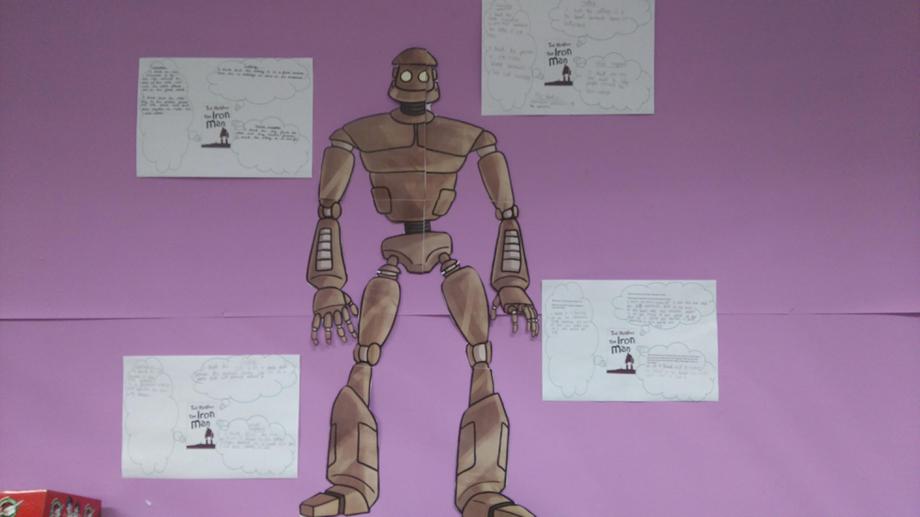 In Year 4 children are expected to read at least five times a week. This should be recorded in their reading diaries that should be signed by a parent or guardian each week. This is to support their progress and development in reading which will support them in all areas of the curriculum.

Please find a useful link below to support your child in spelling, grammar and punctuation. There are lots of interactive games to choose from that will support the development of your child's writing.

Unfortunately not the ones with chocolate chips.

Some cookies are necessary in order to make this website function correctly. These are set by default and whilst you can block or delete them by changing your browser settings, some functionality such as being able to log in to the website will not work if you do this. The necessary cookies set on this website are as follows:

Cookies that are not necessary to make the website work, but which enable additional functionality, can also be set. By default these cookies are disabled, but you can choose to enable them below: